Zoe and Clarence Earl circa 1932

Oliver and Elizabeth then passed the farm down to the oldest son, William, and wife Emma (Brown).  They had two children Ollie and Clarence.  Clarence and Zoe (Lott) Earl took over the farm in 1932 until 1988.  Their only child, Dr. William “Bill” Earl and Rosemary (Richards), then managed the farm until Brent and Jen (Love) Earl moved to the farm for a short period in 1994 and then full time from 2001 until today. Currently the sixth generation is living on the farm.

Below, Oliver Earl's Biography taken from biographical sketches of prominent and representative citizens of Ingham and Livingston Counties of Michigan, 1891: 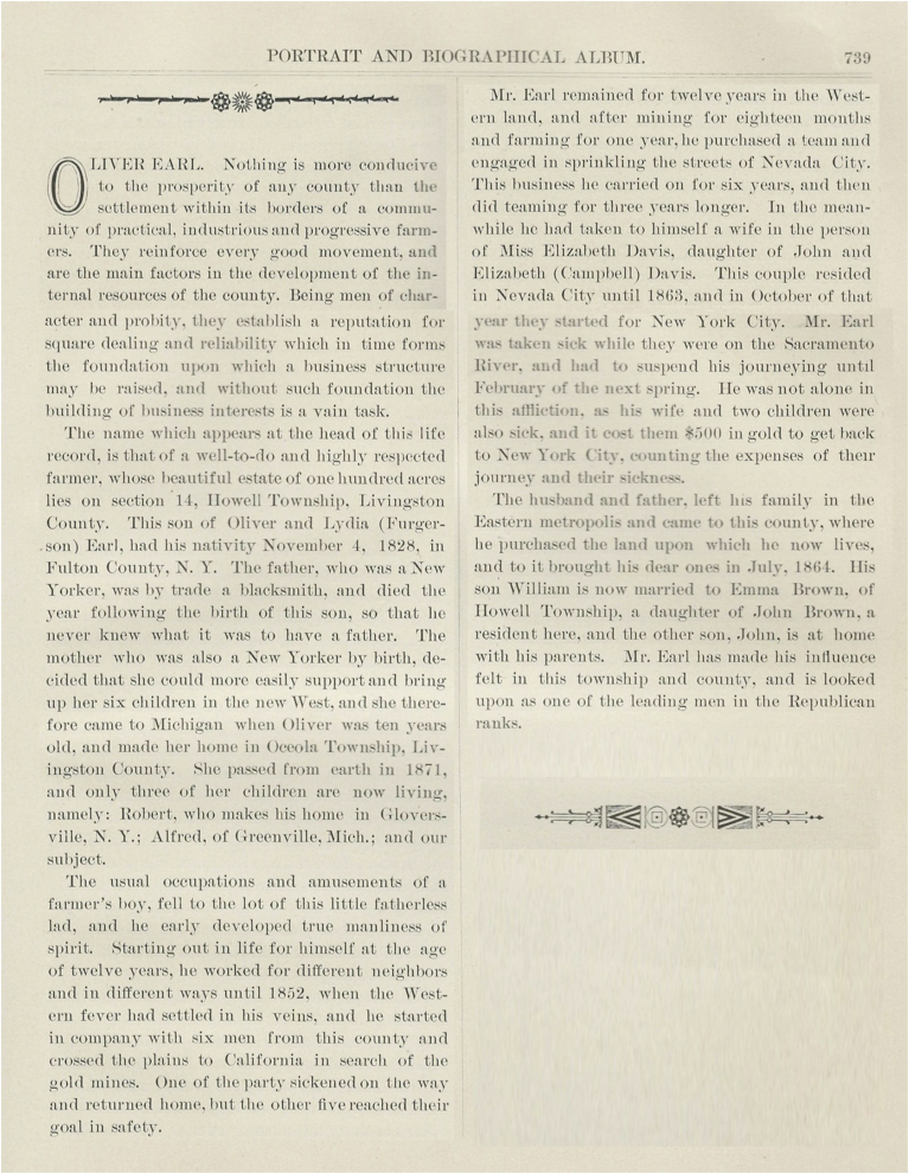